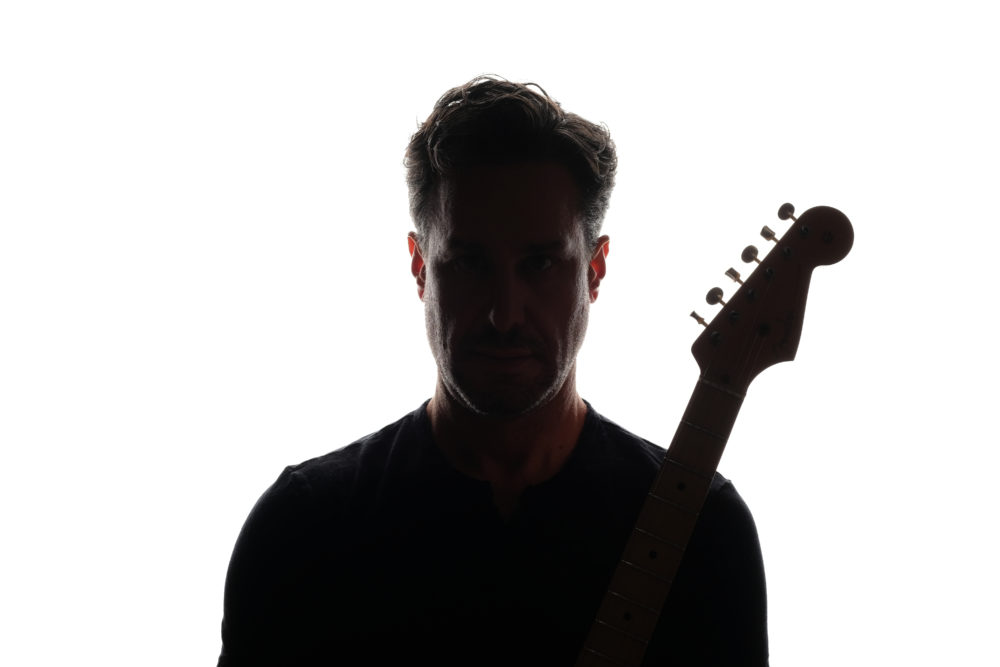 Stephen Tyszka is the Founder and CEO of Trubify. We asked him some random questions in order to reveal a bit about who he is and about his lifelong love of music.

Have you ever secretly identified with a cartoon or movie character?
No – but I identifiy with historical personages: Jimi Hendrix, Bob Marley, James Taylor, Eddie Van Halen, Stevie Ray Vaughan, David Gilmour, Mozart, Elvis and Pythagoras (mostly bc I’ve wanted to emulate their creative output).

What songs are featured on the soundtrack to your life?
Shine On You Crazy Diamond, Little Wing, Bold As Love, Free Bird, Stairway to Heaven, Fire and Rain, Eruption, Life Without You, Sonata Facile in C, A Change is Gonna Come (I’m sensing a theme here… haha).

With what song would you audition for American Idol?
Well, I auditioned (and failed) for America’s Got Talent – Simple Man from Lynyrd Skynyrd.

If you could have dinner with anyone, living or dead, who would it be?
The Beatles – but all of them together… or Bob Marley or Elvis.

Prince or Michael Jackson?
Impossible to choose… ok, fine, Michael (whom I had a fun encounter with – feel free to ask).

What was the first album you bought with your own money?
It was two albums in the same purchase: 5150 by Van Halen and Bon Jovi Slippery When Wet.

What are the top three love songs of all time?
Can’t Help falling in love with you (Elvis), Love Me Tender (also Elvis!), I Owe the World To You (Stëv Skye), Unchained Melody (Righteous Brothers).

What are the top three break-up songs of all time?
Always on my Mind (Elvis or Willie Nelson), Nothing Compares 2 You (Sinead O’Connor), Anything by Adele – Although with my angel of a wife, I won’t need these in this lifetime.

Stylistically, who was the biggest musical influence on you when you were growing up?
James taylor, Eddie Van Halen, Jimi Hendrix, Bob Marley, Grateful Dead, The Beatles.

Who was the biggest personal influence on you when you were getting into music?
My father and my Uncle Michael – they taught me my first guitar chords.

How did you get your start in music?
My auntie was Adriana Caselotti (the voice of Snow White) which set the stage… my dad had an acoustic guitar and I heard James Taylor play Fire and Rain when I was twelve (I’d watch the video again and again and learned it by mimicking the fingering), and then my Uncle Michael bought me Van Halen’s Live Without a Net VHS because I played drums and he said I’d like Alex Van Halen’s drum solo; I did, but when Eddie played his solo i said to myself “THAT’s what I want to do!!!” Since then I never put the guitar down.

What is the biggest change you’ve seen in the music industry over the past 20 years?
Music used to be about musicianship… now it seems to be about “the marketable image”.

What is Trubify to you?
An opportunity for artists to make a living by making music… to discover hidden talent from around the world – its the MUSIC REVOLUTION!

Why Trubify?
The music revolution! (duh!).

What keeps you happy to come to work on the daily?
To serve my team members by empowering them to be the best versions of themselves they can be… and the vision of empowering musicians to join the renaissance of music in the digital age.

What would you be doing if you weren’t doing Trubify?
Trying to piecemeal together a way to earn enough money to feed my family…

Name a characteristic from one of your coworkers that you would love to adopt:
I have one for each of my main partners: Krystal’s purity to give and to love… John Gates’ ability to believe in the invisible… Brian Lau’s humility and calmness… and Johnny’s loyalty and devotion.