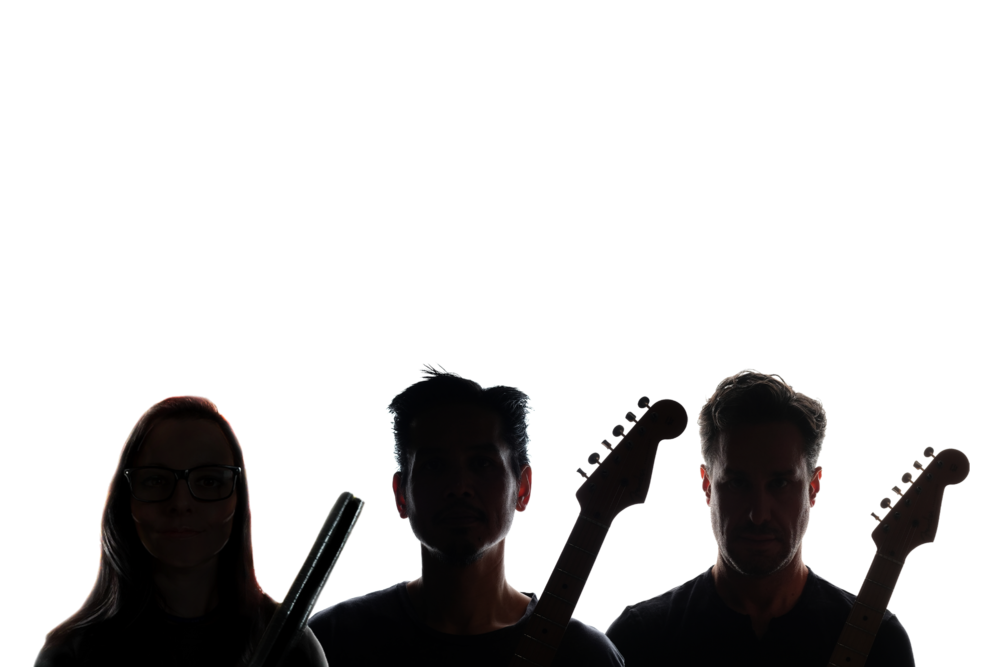 The Trubify founders are Stephen Tyszka, Krystal de Cent, and Brian Lau. In order to give you a “backstage” view of Trubify, we threw some random questions at these three so you can get a taste of what they’re all about. . .

Trubify started with Stephen Tyszka (CEO). His journey through life, music and technology ultimately set him on this path to create a new way for musicians to make music and earn a living doing it. He brought together Krystal and Brian, as well as a few more of us, to formulate more ideas and to help them take shape.

In later posts on the Trubify Blog, Brian will geek out on guitar stuff and talk about mic placements in a studio. Krystal will dive into her passion for percussion. Stephen will offer tips on the best way to play a Strat while throwing it over and behind your head right in the middle of a solo without ever missing a note. In the meantime, we asked them to describe themselves by way of these random music questions:

What would be on the soundtrack to your life?

How did you get your start in music?

My auntie was Adriana Caselotti (the voice of Snow White) which set the stage… my dad had an acoustic guitar and I heard James Taylor play Fire and Rain when I was twelve (I’d watch the video again and again and learned it by mimicking the fingering), and then my Uncle Michael bought me Van Halen’s Live Without a Net VHS because I played drums and he said I’d like Alex Van Halen’s drum solo; I did, but when Eddie played his solo i said to myself “THAT’s what I want to do!!!”  Since then I never put the guitar down.

A summer job in a West African music shop in Melbourne, Australia. It turned into so much more. I had the chance to learn from exceptionally talented drummers from Mali, Senegal, Ghana, and Aussie too. Got into a few bands, did countless corporate workshops, school lessons, and performances… all while keeping the desk job on lock.

I have always loved music. I started playing trumpet in junior high. In eighth grade, my friend got a new guitar so he sold me his beat up Fender Squire Strat for $60 and I wore out the frets on that thing. All throughout high school I would play whatever instrument in whatever band would have me. Give me the songs and a couple of weeks and I would be ready. I worked at a music store so I was by a bunch of instruments and recording gear and just doing more and more. After I graduated, I started an indie record label to produce records for different bands. At this time I was playing in a band, trying to gig as much as I could playing bars, coffee shops, small venues, wherever we could book.

What is Trubify to you?

An opportunity for artists to make a living by making music… to discover hidden talent from around the world – it’s the MUSIC REVOLUTION!

Trubify is allowing me to leverage everything I have learned in music to build the best app for musicians and fans. We really want to empower fans to find new bands and to help artists stay connected with their fans so that they can make a living playing music.

What is the biggest change you’ve seen in the music industry over the past 20 years?

Artists realizing their gig isn’t fair–TLC were broke when Waterfalls was out?!?

The biggest change that I have seen in the music industry over the past 20 years is a general shift moving to democratize music creation and distribution. It started with the digitization of music and then the internet as the distribution. In every shift, new artists will figure out how to try and earn a living with their craft, but they need to stay nimble and evolve with the technology and legislation.

What was the first album you bought with your own money?

It was two albums in the same purchase: 5150 by Van Halen and Bon Jovi Slippery When Wet.

A cassette of the Spice Girls’ debut Spice. Played until it got loose and warped and became it’s own psychedelic remix.

In 1985 I went to one of the local swap meets with $10 and bought Van Halen 1984 and Def Leopard Pyromania on cassette and played those both so much that I wore them out. Those two albums totally influenced my early music development, whom I listened to, and what styles I tried to learn.